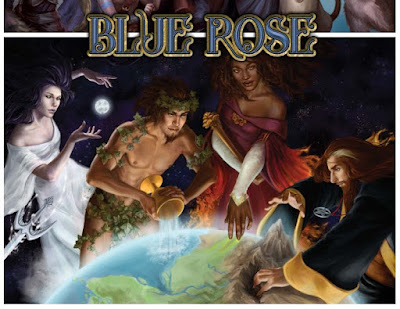 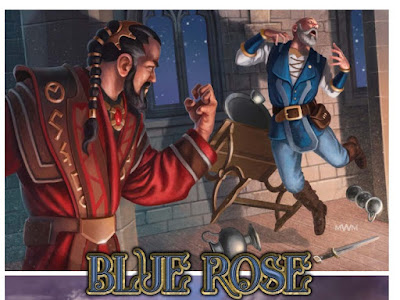 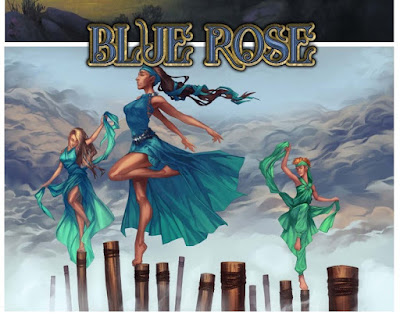 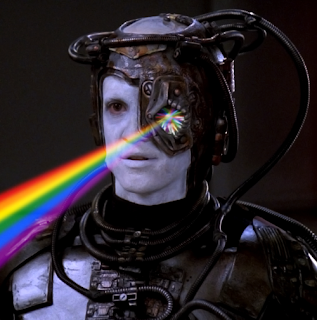 While modern Star Trek fans are celebrating George Takei and John Cho's Lieutenant Sulu coming out as gay, a vigilant game designer has revealed all is not well in the popular science fiction franchise for lgbt citizens.

"I have reached the Voyager watershed that is "The Gift," and I feel like I understand why so many people hate 7 of 9," begins a trenchant Google+ post by Smallville RPG contributor Josh Roby "I also kind of want to vomit."

Roby then goes on to detail how, once hereimagine the Borg--Star Trek's evil civilization-consuming race of cosmic cyborgs--as innocent homosexual earthlings, the beloved property's sinister side is revealed:

Let's start, shall we, with the conversion therapy that Janeway inflicts on 7 of 9 in complete violation of her free will. Here's a fun exercise: watch the episode but imagine you can replace "humanity" with "the life that the Lord has planned for you" and replace "the Borg" with "being gay." I honestly don't think I can put other works together right now to express how profoundly disgusting I found this plotline.

Confusingly, Roby also describes Kes, the idealized spiritual nerd-girflriend whom 7 of 9 replaces in The Gift, as a "a character who viewers had grown to love".

RPGnet commenter "hippokrene" has announced his or her friends would be not at all pleased with David McGrogan's independently-released and critically acclaimed dark fantasy setting Yoon-Suin.

The reasons for Hippokrene's displeasure with the Moorcock-inflected crabman-infested fictional place were left unclear, though she or he appeared to believed that having "Asian friends" was not only unusual but somehow afforded him or her an enviably unique point of view on the thorny question of whether surreal dreamzones with man-yaks were legit.

More on the situation as it develops.

Designer Says All Games Hurt People, Remains Oddly Silent on Whether Lying About Rape Does

Noted loser and game designer Ben Lehman, best known for fabricating accusations about sexual violence in order to attack fellow designer-loser James "argues with spambots" Desborough began a conversation yesterday on Google Plus by claiming that all games are dangerous.

"Most art harms people, one way or another," claimed the rape-threat-faker "Games often harm their own audience, by giving them artificial desires and then frustrating those desires, or setting friends in competition against each other."

As the discussion progressed, Lehman provided both compelling evidence of his idea and a window into the disfunctional environment his own game design work spews forth from: "For personal example: my experience of Settlers of Catan is that it does real lasting harm to the friendships of people who play it. "

Thus far, Lehman's friends--best known for continuing to read Lehman and sometimes giving him money even after he proved himself to be either a frightening sociopath or a vindictive scam artist--responded by treating the post as if it was not a terrifying cry for help from a damaged mind.

Longtime Story-Game diehard Alessandro Piroddi sent ripples throughout the Indie RPG community earlier this week with an article announcing that maybe people don't play games he likes because they like the games they like better.

Piroddi cited a variety of key differences between games his friends like and wrote and games they don't, including:

A terrified Indie scene reacted to Piroddi's announcement by continuing to be incredible assholes:

"...while from an armchair it looks like you'd only want to play rpgs if you were especially imaginative and had deep creative needs..." hypothesized one Eero Tuovinen, "in actual fact the people actually exercising the medium may simply be doing it out of habit, and due to accumulated experience overcoming personal leanings. Sort of like if you taught a child to play Chess at an early age, they might continue doing it despite it being out of character for their adult personality, simply because the game is so familiar and they're so good at it that the expertise enables them to enjoy it despite the natural handicap."

RPGnet Moderator Unsure If He Should Be Part of Hobby 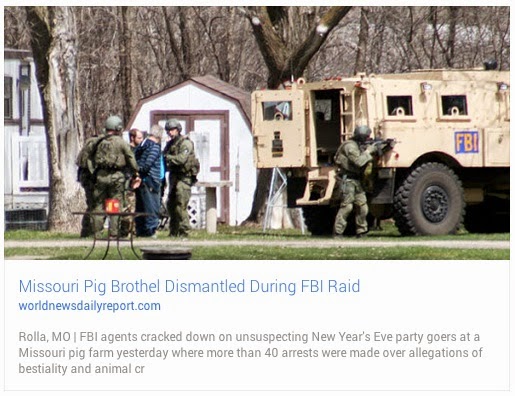